Brushing the Dust Off of Old Adventures

There just isn't anything quite like pulling an old game out from your collection and loading it up for the first time in years. The familiar sights and sounds from yesteryear tickle your senses and half-forgotten logos flash on the screen, reigniting memories of firing up the game for the first time. The intro movie comes on, bringing the nostalgia up to full speed. It hints at events throughout the game, moments you now remember vividly. Most of all, though, you remember how they made you feel. Remnants of the excitement, dread and awe float to the surface and they only make you more eager to experience them all over again. Finally, the main menu shows itself and beckons you.


The wardrobe has reappeared. Open the doors and step back into Narnia...


#Community    #Retro
Login to vote this up! 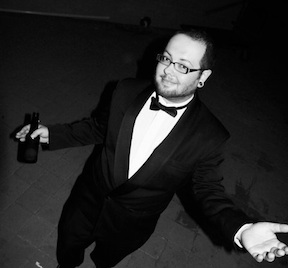 Stu Strock has been gaming since his parents sat him in their laps while playing games on an Amiga. Raised mostly on RPGs, he has since developed a keen interest in the narrative potential and immersive qualities of games. As games progressed and evolved over the years, that interest grew and Stu decided to keep games and their culture close by. During high school and college, he worked part-time for Gamestop and became exposed to a wider range of thought concerning what the word game means to players. Now a recent graduate, Stu is currently living in Atlanta, GA and maintains his blog, Experience Points, which seeks to encourage the open discourse of the creation, enjoyment and potential of modern games.