Mommy, you’re 62! Put The Controller Down!

10:59 PM on 04.20.2011 (server time)    0
There seems to be a line that separates video games and anyone older than 50. If the Wii has taught us anything it's that games with simple controls might be the gateway to get older players. Simplicity is something everyone likes, but everyone knows the lack of any good content is essential to an engaging experience. The controls can be simple, but if the content is not engaging, then why keep playing.

I’m proud to say that my mother, who is now 62, is a gamer. No, she is not a casual-gamer, female-gamer, or even an elderly-gamer. She is a gamer in the purist sense of the word. In a weird way video games have helped my mother out of a depression and through some hard times in her life. If it weren’t for games, my mother might have been stuck in a long, deep depression. 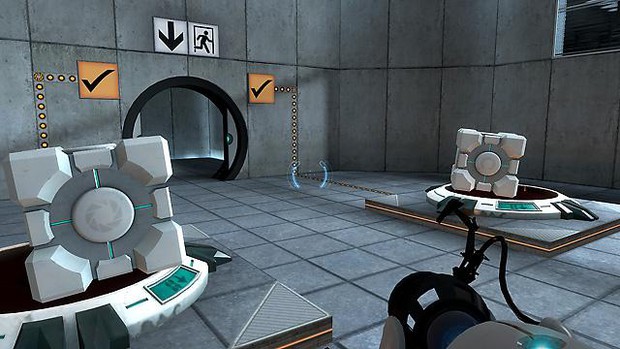 After Layton I would introduce her to other similar games like: Hotel Dusk, Puzzle Quest, Picross 3D and most recently, 999: Nine Persons, Nine Hours, Nine Doors. I think it’s pretty obvious to see the theme here: my mother enjoys puzzle games, even though 999 is more of an interactive novel, than game, she is finding that title interesting. While the DS is her main system of choice, she has played one game for the Xbox 360 and that’s Portal. The simple controls, small play areas, and direct objectives are simple enough so anyone can follow, but has the challenging puzzles my mother craves for. It did take my mother a while to get use to the controls and even now she’s not fully comfortable playing the game - she still has to look at the buttons to know what they do, but to my surprise, my mother actually beat the game, but I must stress the fact that it took my mother almost six months to finish the game. She doesn't play it like us, but plays it at a slow pace with many abruptly stops. In other words, take a youtube video of someone playing Portal and slow down the video significantly. Portal ended up being one of her personal favorite games ever, but not every game has been successful. For instance, my mother thought Flower was boring, and really couldn't get into Braid that much. I really don't see her getting into Halo, Call of Duty, or Crysis. The way I see it, her enjoying a few games is better than none.

Recently, because of financial situations, I had to sell my 360, PS3, and Wii. I was stuck with a DS, which I’m perfectly happy with, but I feel like I’m missing out on some great games. During the fall I bought myself a new laptop. It’s an Acer laptop the size of a netbook, and it can play some games pretty well (I’ve played Mass Effect 2 on this laptop). As we all know, Portal 2 was released, and I downloaded it today. So far I’ve gotten the first part done, and I’m amazed at it, and with the power of technology I am able to take my laptop to the living room, hook it up to the TV with an HDMI cable, connect a wired Xbox controller and let my mother have a go. Actually, my mother is playing the game right now as I write this. I’m using my old laptop that constantly freezes on me to write this blog post, but it’s good to know that my mother is finally happy, you see, my mother has not been the same ever since she had the heart attack, even with the joys these puzzle games bring her – she still isn’t the same. The poor women still cries in pain at night, can’t sleep, can't eat, vomits constantly, etc, but it’s good to know that video games can at least bring her a little bit of light in these dark times she’s going through.
#Community    #Rants
Login to vote this up!