1:27 PM on 03.20.2011 (server time)    0
Dag yo! So, I’ll finally be kind of caught up with my backlog of A Compulsive Collector’s Haul blogs . . . kind of! Hahaha! This is my final entry into my “5 Months” mini-series and I’d say it ends with quite the bang! I get to being my January to current editions after this, but I’ll try to get that into one blog. Still, we have the Hardware and Figures I’ve gotten from the past 5 months or so. We have stuff spanning from the NES days to the current day in terms of hardware and peripherals! Also, we have some ballin’ figures from one of my favorite video game series! I have a couple things I could “mock” about in my usual pre-haul mini-rant, but I’m lazy and I guess I’ll be nice this week, hahaha! Still, on with the show! 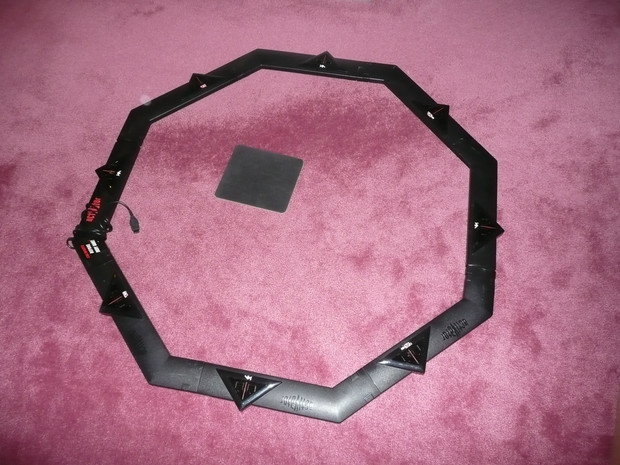 Diamond Dave is seriously the most awesome guy around! Here we have an in box Sega Activator peripheral for the Genesis. It’s pretty much one of the worst “controllers” ever created and sold to mankind, which makes it that much more of a novelty! Even our Robot Founder did an article back in the day about its crappiness! Seriously, open that link in a new tab/window and see how retarded it is, hahaha! You can also see in the second picture the obscene number of instructional pamphlets that accompanied the damn thing. The last picture features the whole shebang, with the thing in the middle being a mousepad, just so you can get an idea of how big the thing is. I haven’t tried it yet, but if you watch the video in the above link, I don’t think I’ll be able to meet all the requirements in order to do so, hahaha!

So ends my mini-series within a series of 5 months of catch-up. There’s actually some stuff I haven’t included, because I’ll be using those things for a separate blog that should be upcoming. Finally being able to finish this mini-series though, means that I’m actually re-backlogged about 2 months. So expect that stuff to come in the next few weeks, a special import edition, plus some kickass custom ordered stuff. Many thanks for stopping by and until next time, latez mates!
#Community
Login to vote this up!