Glad to be a DToider.

2:06 AM on 03.19.2011 (server time)    0
Hey, all. I have been sort of an "unofficial" Destructoider for about a year. I have read the blogs, reviews, news articles, listen to the podcast on occasion, and frequent DToidTV. I love it all, and I love that there is a massive group of people here, all interconnected in some some weird ass Avatar-like way. It's pretty neat in its own respect.

After awhile, I decided to make an account and a blog and get involved more. I am sick of rambling to friend who don't play much else but COD and Halo 24/7, getting off to kill counts and new map packs. Those damn idiots usually can't usually tell the difference from an RPG and a Madden game, though they are all pretty hellbent on swearing that an RPG stands for "something Japanese about a chick with big tits", as one told me.

I guess they aren't far off on that one...

So, I decided to jump in here. To give an intro about myself, I am a student at the University of Mississippi. I am a psychology major studying emotion and educational psychology. Like any psych major, I hope I can get a research position to get me through graduate school somewhere like the U. of Texas of U. of Florida, and then that will hopefully turn into an associate instructor position. If not, though, I am a double major in history and can/will either teach high school or middle school social studies or get a Master's in Educational Counseling and be a counselor or school psychologist. There's my boring life at face value.

I love both of the Mass Effect and Dragon Age games. I also am a huge fan of all the Zelda games, aside from Zelda II and Twilight Princess. I do not always catch the newest releases, but I try. I have a backlog that could crush me if the bookshelf it takes up fell on me, and I have a bad habit of being on the late end of reviews. 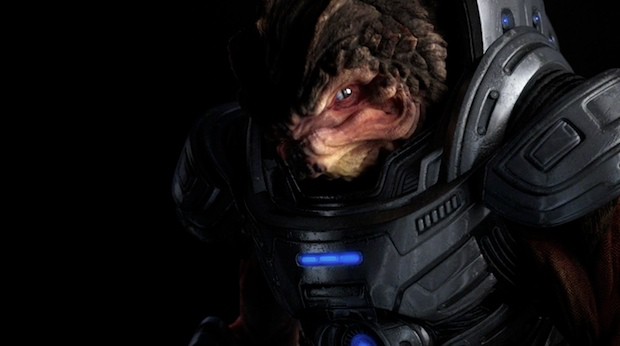 I want to use my blog to review retro and modern games, no matter the age or system. I also want to throw ideas out there from time to time on different gaming topics and see what everyone else thinks. I tend to rule on committee in my life, meaning I love listening to what multiple people have to say.

I will leave with this question to open up in the comments: I am at a crossroads with my DS. I have a crimson DS Lite. It is very faithful, but I am also blind as a bat without my glasses and even with them still have a hard time seeing details in Professor Layton games (favorite puzzle games) and such. I do want a 3DS, though, for the Zelda: OoT remake and other games, not to mention I am a technophile and like the newest stuff. But I do not really care much about 3D and am hesitant to buy a 3DS and only get say, Super Street Fighter 4 3D for it, as there aren't many release games I care for. So, should I buy a DSi XL for $90 (after Amazon cred I have built up) and get a 3DS in about a year, or a 3DS for $17 now?

Thanks, DToid community, for being a bastard when a guy deserves it and awesome otherwise.
#Community    #NOTvideogamesrelated
Login to vote this up!