8:07 PM on 03.13.2011 (server time)    0
I just beat Lost in Shadow this morning, and I’m not sure what to think of it. As a puzzle game it’s pretty easy, I never had a problem throughout the game, but as a sidescroller there is a lot to be desired. What makes Lost in Shadow strange, for me, is the addictedness I had for it. It’s funny, my previous blog post was about my dislike of Limbo, but this game is in a lot of ways similar to Limbo. Both games use a silhouette art style and are filled with ambient noise. Lost in Shadow, like Limbo, has very little story, but there is some substance there. The little story that is presented is about a young boy who, for some reason, has his shadow cut from him. This boy must climb to the top of a tower to regain his shadow, or is it his soul? There are some metaphors in this game. For instance, I’m pretty sure the shadow represents your soul and how the body needs it to survive. Your shadow or soul is the emotions the boy needs to live, or be considered human. It represents the blanket of the body; it keeps you warm and sane. Throughout the game you find memories and most of these memoires mention the body being cold, tired, and used up. Of course this could all be shite and mean nothing, but it is sort of open to interpretation. The little bit of story is good, but it wasn’t enough to be ambiguous. Many people commented on my Limbo blog post about the atmosphere of the game; I simply didn’t feel it in Limbo, but I did feel it for Lost in Shadow. I made an effort to only play this game at night, and I’ll tell what, it really sets a creepy mood of isolation, wonder, and discovery. 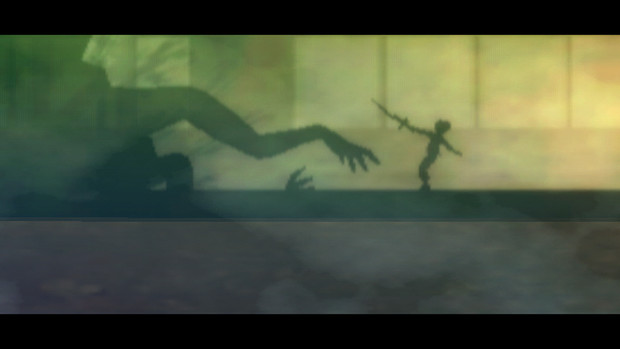 Yes, this is an art game, but it’s not pretentious, or preachy with some deep message. Like, Limbo, it’s all about the atmosphere, music, and visuals, but this is obviously all subjective. Lost in Shadow has a lonely feeling that I like, but I can’t help think the game could have been something special. For instance, the game is too long, and it doesn’t introduce many mechanics to keep you interested in playing. Why do all these art game insist in being ambiguous, why not tell me the emotional story? Use dialogue to express your message. Maybe it's easier to fool people being quite, I don't know. Obviously this game is not for everyone, but if you give a chance, you might end up loving it, even with its flaws.
#Community
Login to vote this up!