Groundhog Day: Time to save Lylat... 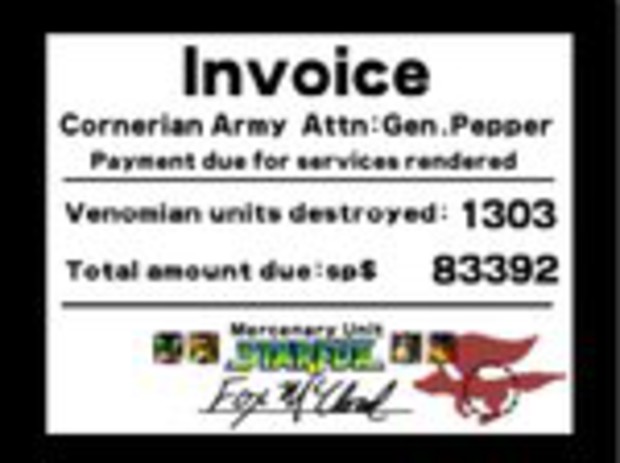 Starfox 64 is a game I just keep coming back to. It is short, sweet, loads of fun, and still somewhat impressive visually-speaking. Back then, it was enough to revive my faith in Saint Nicolas, and I think it has aged pretty well. Nowadays it would be a fantastic XBLA game; though, it probably couldn’t pass as a full title given its remarkably short nature. Y’know… now that I think about it… I haven’t played it in a while… and I left my N64 back in my home state of Oklahoma… I think I’ll just go kill me some monkeys for the rest of my shift on a nice emulator…

addendum: I wrote this a few days ago, and I was sitting on it, trying to decide if I would submit it... In that time I found that Starfox 64 was being remade for the 3DS. How that slipped past me, I don't know, but that's definitely enough to get me wanting one. That and Ocarina of Time might just tilt me to buying one in a few months.
#Community    #OpinionEditorial
Login to vote this up!