5:25 PM on 02.19.2011 (server time)    0
Dag yo! So, I’m on my third to last “5 Months” blog. This time you guys are in for a treat, as I’ll be recapping the new games (yeah, I actually do get new ones, since they’re not available from Cash Converters, hahaha!) I’ve bought the past 5 months, along with a few super kickass gifts/trades I’ve received from some local Calgary homeboys. We’ve got stuff I’ve purchased from EB Games, Best Buy, Capcom’s Online Store, NIS’ Online Store, a Kijiji purchase, and a couple hookups/presents from my homies possumwrangler and Grimstar. This should be a bit more exciting than the last one (even though the last one had stuff from LIGHTS! =P), so hopefully you enjoy! But before that . . .

If I had a ton of money, I’d be frivolous and totally fucking waste it all, since I have no goddamn clue how to budget money or how not to be responsible . . . period! I’d just break shit and not care, because I can replace it for the time being, plus I’ll totally perpetuate the American stereotype of being a wasteful mother fucker. I’m pretty much narcissistic, because I have no real sense of reality and think that people will magically like me if I lose some weight, even though I have the personality of a giant asshole. I’ll totally somehow build a monument of myself as well, to somehow translate how much “better” I am than everyone else, even though I may have to rely on the food bank, yet will waste all my money on impulse purchases! With that done . . . on with the show! ^_^ 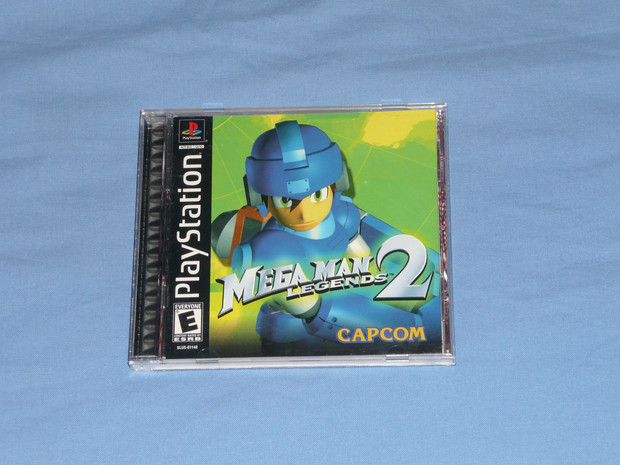 Awww yeah! =3 Not only did he manage to snag the previous two for me, he also managed to get this gem from the same seller for me as a Christmas present! The possibly even more elusive/expensive Mega Man Legends 2. Dude, you da man for helping with the collection and being a brotha from anotha motha! So, a huge shout out to you Grimstar, and I know it’s late, but you’ll most definitely enjoy what I have in store for your Christmas present! =P

Well, so concludes another edition of one of my hauls. I’m thinking swag will be the next one, then finally hardware the one after. We’ll see. It is a long weekend for me, so I might try to get up some Japan pictures for Monday. Still, due to some . . . “circumstances,” this may be the last week of my post bannism but not really “rants” at the paragraph before pictures, but things may change! =D Hahaha! Until next time, latez mates.
#Community
Login to vote this up!