Zooming: A game about going fast (and how to fix Sonic)

11:13 AM on 01.14.2011 (server time)    0
I don't often have ideas about games, which is, I guess, unfortunate, seeing as how I possess the power to realize them if I wanted to. No, normally I'm just content to play them. Today I'm going to expound upon this one. I'm going to blast it at you. I got this idea while thinking about various Sonic games, so there'll be a bit of that too.

I have no especial love for Sonic games, not even harkening back to the first one for the Genesis. I love the idea of them - to platform while going fast, but I feel that the series (even considering only the 2-D ones) has failed in this regard. It's been a while since I actually played one, so maybe I'll get some hate (maybe from those who can't but help it), but from what I remember, you have a basic choice: maintain a high speed and lose the fluidity of the level, or do your platforming well but suffer in the speed department. 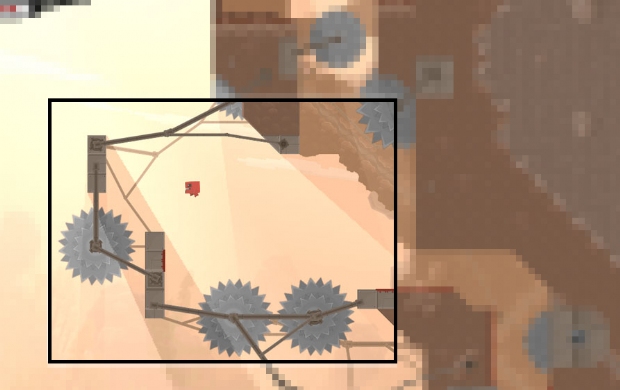 
Back to the name, briefly

That's all my ideas. I think it would make for a more fun Sonic game than any of the actual Sonic games. A lot of the inspiration came from playing a crap ton of Super Meat Boy, in which the point of the game is to go really fast, and your viewport is large enough to facilitate it.

So this is a game about going really fast, that is to say, zooming. It's a game about making your view of the world bigger and smaller, which, of course, is (wait for it) Zooming.

You can go ahead and groan now.
#Community    #Rants
Login to vote this up!