3:03 PM on 11.20.2010 (server time)    0
Well . . . it’s been quite a while since the last A Compulsive Collector’s Haul, and I’ve gotten quite a crapload of stuff over the past few months. I’m backlogged like a mother again, since I’m just starting this one off with the stuff I got from PAX 2010, which means I have a lot of games, consoles, and swag for the next few editions. Regardless, for those of you who unfortunately couldn’t make PAX, here’s some of the stuff you could’ve gotten your grubby hands on if you went, which I highly suggest you do next year! On with the show! 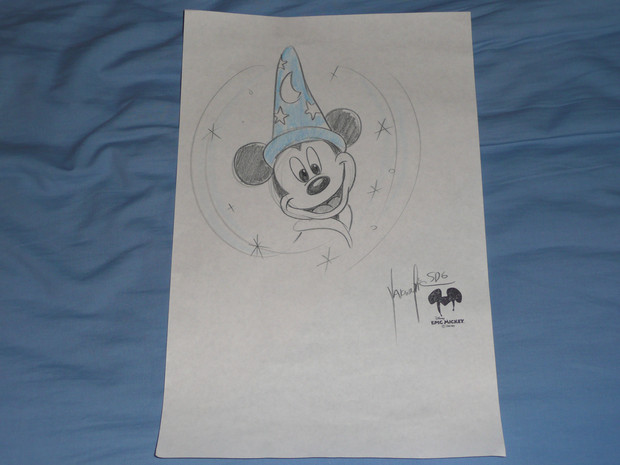 Last, but not least, here is what I think is probably the COOLEST thing I got from PAX! Disney Interactive actually brought TWO Disney animators/drawers with them to their booth for PAX to help promote Disney Epic Mickey, where for the entire time the show floor was open, they would draw ANY Disney character an attendee requested. It literally was magic just watching them do their thing, as each drawing took about 5 – 8 minutes, but just seeing childhood heroes and characters come to life before your eyes is kind of surreal. I totally waited close to 2 hours for this on my last day, because how often does an opportunity like this occur? As you may have seen in my blog last week, I got myself a picture of Fantasia Mickey! So friggin’ cool!

Well friends, that does it for another edition of A Compulsive Collector’s Haul! I’m just about done cataloging and taking pictures of the stuff I’ve gotten over the past 3 months since PAX, so I’ll have to figure out what to post in my next few hauls, and in what order. Hopefully you guys enjoyed this and until next time, latez mates!
#Community
Login to vote this up!