OK, well, there aren't a lot that can equal z0mbies in awesomeness, but there are still a lot of fun ones out there - and I am to show you them. 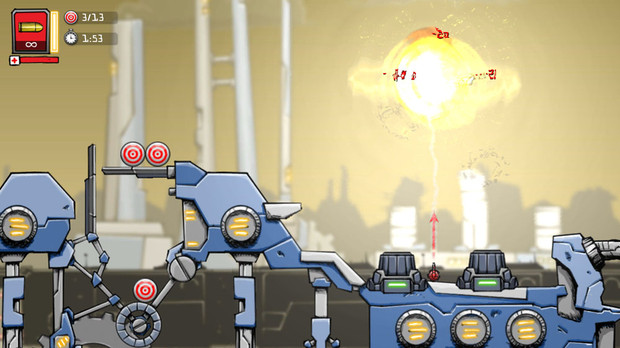 Yeah, this is campaign. So sue me. But it does show the awesome artwork this game features.

There are still a few issues with that, though. The most pressing is that you should never, never play with less than three people. Even that's pushing it sometimes. The respawn time is 15 seconds always, and your jetpack - while an excellent and in fact integral part of the game - is slow to recharge if you use it wrong. Driving across the map is generally not an option - that's for fine-tuning your shots - so if you and your only opponent are stuck super far away, it gets really boring. There are two other nagging issues - first of all, the text is super small. Be prepared for some eyestrain. Secondly, I have not yet seen anyone playing on Live. Maybe we could organize a community playdate someday. But until then, owning your friends in the living room is more than worth one dollar.

Verdict: BUY IT!
#Community    #Indie
Login to vote this up!