8:04 PM on 11.08.2010 (server time)    0
YEAH. YEAH, I SAID IT.
Fable III and Mass Effect 2 (hereafter: FIII and ME2), while tremendously different in setting and gameplay, both fail to succeed in one key, underlying concept: their supposedly tense and emotional choices.

Remember that one trailer for ME? Where Sheperd gets a distress call from Virmire. You can hear the screams of people being slaughtered and someone begging for backup. But Shepard, ever cold as stone, simply shuts down the comms and gets in his spacecar (presumably to save some equally important people). A challenging and engaging game with serious consequences for the player's decisions!

Let's look at the each game separately... 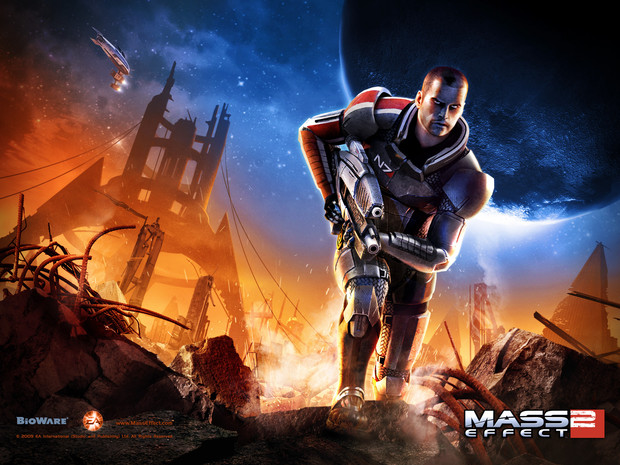 Mass Effect 2, overall, does a better job of making your decisions stick than FIII (course, I'm a sci-fi fan myself). The characters are dynamic and engaging - but that's actually the only thing it does better than Fable III. Other than that, Bioware could take a look at FIII (or better yet, FIII - The Sama style) and would not be worse for wear.

At it's heart it's the same problem. The decisions are just... lame! In fact, it's worse than FIII - at least then, every time you helped your people you were dooming them to a really dark death. In ME2, you have to find minerals and such to upgrade your ship to save the lives of your team. The only challenge was motivating yourself to visit enough planets to get the required resources for ship upgrades. The 'decisions' for the final battle are even worse. Your crew practically tells you "Send [appropriately-skilled person], or people are gonna die." No offense, but if you pick the wrong person, that's just kinda sad. Pretty easy to figure out that Jack won't be the greatest at figuring out wiring panels and stuff. The best parts where were you had to do such-and-such fast enough before your people died. Sure, it wasn't a choice but rather boring button mashing or more exciting combat, but there was pressure.

The fix for ME2 is similar to FIII: Give it a time limit. Yeah I know, nobody likes those, but it's justified. The Reapers aren't gonna wait around for you to assemble your crew! Giving it actual decisions, like "We got some ships here, should we save civilians or kill reapers, what'cha think?" would also be grand. Now interconnected decisions with thousands of endgames... ok, maybe I'm getting ahead of myself, but still! Awesome!
#Community    #Rants
Login to vote this up!