3:14 PM on 08.21.2010 (server time)    0
Dag yo! After a couple editions of E3 Swag, Promo Items, Consoles, and Hardware . . . A Compulsive Collector’s Haul is going back to what it does best . . . GAMES! And let me tell you, have I got a HELL of a haul for you this time! As my last half dozen or so blogs have stated, I’m still catching up on the stuff I’ve gotten since literally the beginning of the new year! >_< With that said, I can see the light and I’m so close to being caught up! It starts off with some belated birthday (it was back in May) presents from my fellow collector and number one homeboy, possumwrangler! He got me a TON of ATLUS games that I have been meaning to get. Not only that, they’re ALL SEALED! Holy crap! One of them is even a GameBoy Color game! SEALED! We then have some awesome games from Goozex, MAD MAD MAD LOVE for Kijiji which is eBay’s answer to Craigslist (I got a boxed copy of my FAVORITE game of all time!), did you not expect Cash Converters to somehow not make an appearance?, and then some stuff from EB Games! 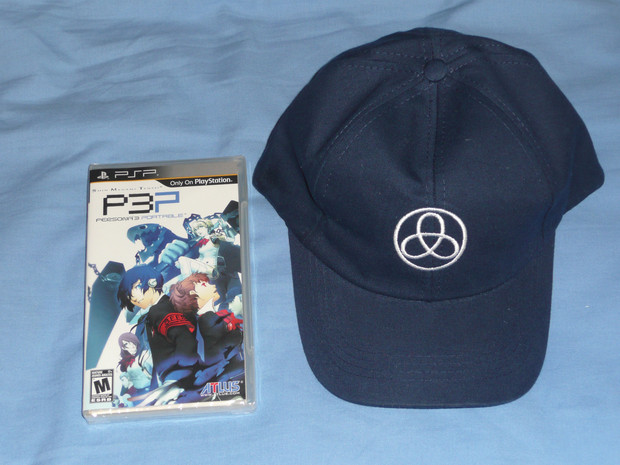 The last thing from EB Games in this haul, will be none other than another Atlus game, Shin Megami Tensei: Persona 3 Portable, along with it’s awesome pre-order bonus of a Junpei Baseball Cap.

Well, that does it for this edition of A Compulsive Collector’s Haul. I cut it a bit short so I could rebalance my haul for next week, as it’ll be my Pre-PAX haul, and it has some AWESOME stuff in it, particularly if you’re a fan of Mega Man, Okami, and Marvel vs. Capcom. So stay tuned for that! Latez mates!
#Community
Login to vote this up!