Teh Bias: A Black And White World Of Wonders 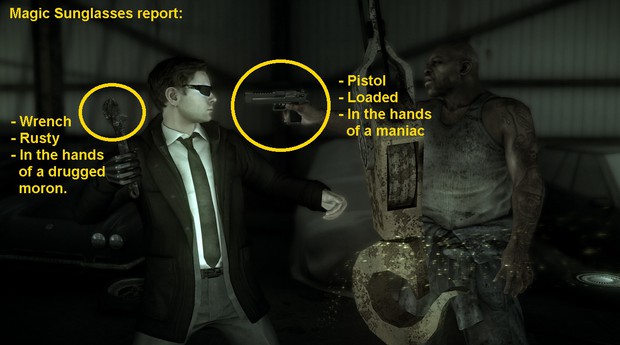 If you want an objective review, you have two options: go read the game's Wikipedia article, or if it's still not objective enough, kill yourself and hope there is an afterlife with such a thing as objective reviewing.

And now to my final point, as you must be asleep by now: I often try to imagine the person behind such enlightening comments as "WAT A STUPID REVIEW!!1!! 8.5 IS RIDICOLOUS! YOU WAS JUST TO STUPID TO LEARN HOW TOO USE THE COMBAT SYSTEM!!1!"

But first things to come to mind are not usually reliable. What if it's a doctor? Or an architect? What if it's not a Cheetos-fueled waste of oxygen? After all, bias extends to much more than just gaming -- political bias and religious bias are two important examples of how disastrous the human tendency to believe whatever is personally more convenient can be, and how it can infect even that level-headed friend of yours who is balanced about everything except one particular subject that turns him into a drooling fanatic. It's hard to accept the political party you've supported for a long time now consists of corrupt bastards, so... it doesn't, and you're right, like always. Isn't it wonderful?

Now let's insult everyone who disagrees so they won't break the illusion.
#Community    #OpinionEditorial
Login to vote this up!