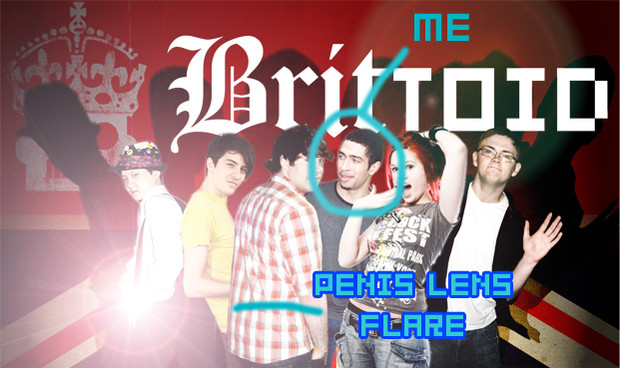 Why hello there good sir/madam, it is I your oldest friend Justice, also known as Seán. I joined Dtoid back in December 2006 after being linked here a few times from Kotaku. After joining I realised that Destructoid was pretty much everything I could want from a gaming website and thus hung around the forums a lot, spending time with the then well known folk like Backflip, Sheir, Banj and Serpentish (not forgetting Mxy or dprime of course).

Eventually I disappeared from the forums due to real life taking up a lot of time, but I still stayed connected to the site, cblogging often and eventually meeting up with some other UK Dtoiders at the Play.com Live event in March 2008. The event was very disappointing but meeting up with the other Dtoiders made being there truly worth it. In fact we got to play Rock Band together a couple of months before it came out (in EU territories since the Americans got it way before us).

As time went on we started meeting up more and more often and with the creating of Dtoid UK I became more and more involved in the UK community side which leads me to today. It’s worth noting, since Dtoid UK is full of racismz, that I am mixed race (majority white) yet I have been diagnosed as the black guy by the Dtoid UK folk.

I’m currently playing Red Dead Redemption, Super Street Fighter IV and No More Heroes 2. I’m looking forward to Super Mario Galaxy 2, which is out on Friday, because I’ve grown up with the Mario games, I love them all (including Sunshine, especially the bits without F.L.U.D.D.) and Super Mario Galaxy is one of my favourite Mario games.

For more information, or to request a free sample, please click here.

PS: Thanks for supporting BritToid!
#Community    #Podcasts
Login to vote this up!