4:59 PM on 05.29.2010 (server time)    0
Dag yo! So, it’s that time again. I’m STILL about 2 – 3 months behind in posting stuff, which will hopefully change for my next post. With that said, all of this stuff is like from February and March. I’ve been busy as hell so I’ve exhausted the few of these I had backlogged, but I’m just going to stop caring about when I got stuff and just have a few big posts coming up. We’ve got some more awesome stuff from Cash Converters, Goozex, various new games, and a few cool doodads here and there. Enough with the text, on with the show! 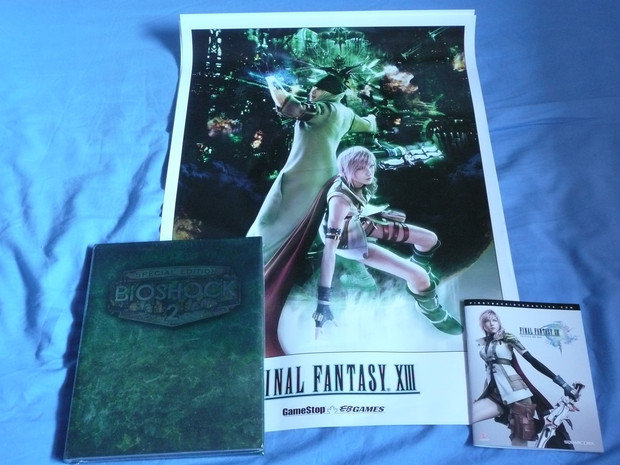 Last but not least, we have a Final Fantasy XIII Poster and Final Fantasy XIII The Official Mini Guide, both of which were pre-order bonuses with the game, as well as a Special Edition version of the BioShock 2 Guide, which is kind of lame, since it comes with only 1 of a possible set of 2 collectible lithographs.

Well, that ends yet another edition. As I said in the intro to this blog, I’m just going to fire off the rest of my stuff and get it cataloged and photographed so I can get rid of this backlog of mine. Until next time matez . . . latez!
#Community
Login to vote this up!