12:46 AM on 05.05.2010 (server time)    0
Immediately upon realizing this guy was responsible for LJN, the worst company to ever make mainstream video games, I was ready to google this scene from a movie. I typed "munchkins" into the top bar, but as I hit the last button, I was suddenly filled with remorse. A feeling of dread that doesn't often hit me.

I did wait until after I had written out my blog to look for the video. It made me smile a little, however only at the lollipop guild. The fact that there isn't any sound, is a fitting moment of silence.


Well, this was a man. He had a family, a life. Now he doesn't. Just because I didn't like Spider-man on NES or so many other terrible LJN licsensed games, doesn't mean I should post videos like this. The humor of the munchkins proclaiming the wicked witch is dead turned to horror at my own sense of humor.

Then the real shock came. As I read the article Dale North said he loved Friday the 13th on Nintendo. Really Dale? Friday the 13th was terrible. You're not Jason, you're the stupid teenagers! And you pretty much can only walk around waiting to get killed, unless you're armed with a guide of some kind. But that isn't the real shocker.

The real shocker, is that the same guy who founded LJN, went on to THQ. The same company who, as Dale North points out, publishes the Red Faction series, both Saints Rows, and strangely that newish mixed martial arts game got mentioned. Not the Destroy All Humans series, that PS2/xbox Evil Dead game that didn't suck, the xbox/ps3 Zelda clone Darkstalkers, an under talked about third person/RTS 360 game The Outfit, and greatest of all that 2005 Punisher game.

Sure, there were plenty of crappy and mediocre games on that list, but there tons I left out. Like all those WWF games. I'm not sure what influence this guy had, but as founder you'd think that without him, none of this was possible. Without all the bad games his previous company made, would his new one have been able to make anything good? Or as valuable to me as The Punisher? I say yes. One amazing game covers a multitude of other games sins. 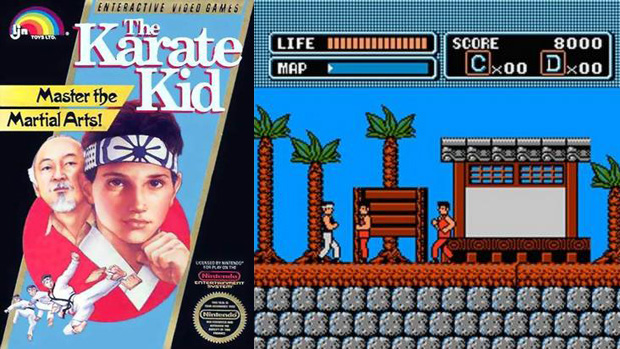 The point is, this guy had some influence. And so I erase munchkins, and copy paste over his name. I want to know who he was. What this guy did. What his legacy is. According to Destructoid, not a whole lot. But I blame the format of a blog, not the posting of his death. According to this bio, he left LJN in 1998 and more so than that, he was involved in founding JAKKS a toy company. In fact, a major toy company!

This is the most infamous toy ever. I have to own it at some point, the cheapest I've seen it on ebay in box is 40 dollars. It is just the meat that Rocky punches, and if founding LJN makes him responsible for the bad games, somehow he's responsible for The Meat.

And so now I'm faced with that sad feeling. Knowing how fragile existence is and how things go, will I be remembered as a guy who loved video games? Leaving behind stacks of my precious games that will just be sold off. Even more likely, will I only be talked about by friends and family at private services. Maybe a little obiturary in the local newspaper.

The futility of existence really bums me out. Especially when its so easy to just mock death and laugh about it. But whats really bumming me out, is despite how horrible the LJN games are, I still talk about them frequently and catch myself playing them. Just this week I was playing Nightmare on Elm Street for obvious reasons. They might not be the best games, but some of them had their moments.

And this guy can't have any more moments. As I look through the comments on our site, 1up, and gamesutra, I notice a trend. A couple happy posts, a couple hating posts, and lots of memories of LJN as a company. Nothing about this guy as a person. He never saved anyones kid from drowning or chased a enemy of society into a burning warehouse, yes Friday the 13th and Nightmare on Elm street are on my mind right now, but I'm on a roll with this. The point is, nobody has anything to really say about this guy.

I still feel awful not knowing who this guy really was. Throughout writing this, I didn't use his name but once. Suffering to him only as "that guy" or "him." Because frankly, I don't know the guy. For all I know he was just the guy who paid for these companies to start or was a major driving force behind each and every product his company put out. All I can do is speculate and search the internet, hoping for a clue as to who he was.

Even as I search for information, I found a forbes website that just confused me. A little about his toy company elsehwere. Nothing really major. All I can do, and anyone else, is say that because he founded LJN and THQ, and Jakks Pacific, the things that we like from those companies exist. Without him, they simply wouldn't have.

Formatting a blog post.
#Community    #Rants
Login to vote this up!