2:44 PM on 04.29.2010 (server time)    0
Dag yo folks! So, here’s another edition of A Compulsive Collector’s Haul. As you can tell from the title, I’m just a LITTLE bit behind. Well, there goes my “resolution” of trying to keep up with this and all. Oh well! You guys are in for quite a treat for this one, as I’ve got some pretty rare and awesome stuff from eBay, more Cash Converters awesomeness, stuff I got from a Call of Duty friend that I’m really behind on posting, and some super kickass DOMO stuff from ChillyBilly! 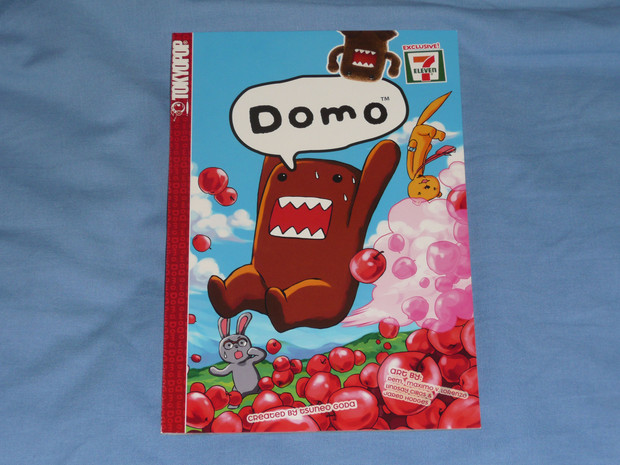 Last but not least . . . a freaking DOMO-KUN comic?!?!? =O Wow, this stuff is nothing short of phenomenal! Thanks a TON once again mate! I’m compiling a box of stuff right now for you as well mate!

Well, that ends yet another edition of A Compulsive Collector’s Haul! I haven’t decided if I’m going to catch up on stuff I’ve had laying around for a while, or do my PAX East haul in between. We’ll see which is easier to do. Also, GREATEST APOLOGIES to TheCleaningGuy, as I just realized I haven’t posted pictures of the super kickass DOMOs he got for me in a trade I had with him. -_-‘ Until next time, latez mates!
#Community
Login to vote this up!