10:39 AM on 04.27.2010 (server time)    0
Before I start, I just noticed that it's been exactly one month since I wrote my first post. Holy time flies by, Batman! The reason is that I've been very busy with work, plus a couple other things so I haven't exactly been playing much. I got like a gajillion new games and they're all just started.

I still haven't finished Red Steel 2, even though I got it on launch and i absolutely adored it. I was one of the few that liked the first one, even with its flaws. This game is so much better on all levels. I like the fact that you have to play very actively to enjoy it but that's also why it's been kept shelved. I come home late at night from work and the least I want is to bust out my ninja moves. Not that I'd want to play with a classic controller, though.

Got Monster Hunter Tri on impulse buy and I'm enjoying it WAY more than I thought I would. Still, I've only been able to play like 2 hours tops, without counting the bunch of hours I wasted trying to get online. For some reason I keep getting a "connection is unstable" error, even though a speed test shows my speed is relatively ok. I blogged before about my connection issues, but I found some problems on my end and was getting some progress. Still, I used to play perfectly a while ago and lately I've had a bunch of problems. I am switching ISPs soon so hopefully I can FINALLY get into some Dtoid online action.

Don't even get me started on wipEout HD (did I get the spelling right?). I got it on the Spring Sale and it's consumed my life. I'll think about playing it even if I'm doing something else. Since I started playing I've gotten way more into electronica, even though I've always had an appreciation for that kind of music. I didn't even know there were so many sub-genres. For some reason, I always love it when games include a photo mode and I've already got tons of awesome wallpaper quality shots of this game. 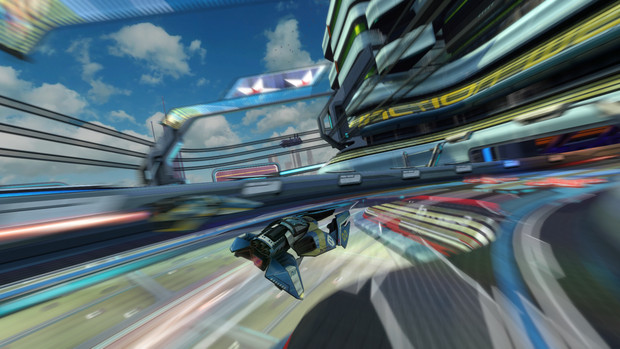 P.P.S. Just remembered that I bought the new Uncharted DLC and I still haven't even loaded the game. FUUUUUUUUUUUUUUUUUUUUU...
#Community
Login to vote this up!

I'm a 25 year old dude from Puerto Rico that loves games, music and art. I have a Wii, Xbox 360, PS3 and 3DS (daaaaamn). Being old and working means I can finally afford all the games I want, but it also means I have waaaaaaaaay more than I can handle. Oh, I recently got a new laptop which is decent enough to play a bunch of games so I've also been PC gaming (dammit, Steam, I'm your bitch). Shit. LOL.

If I'm not gaming, I also play guitar and sing, which I've been doing for around 9-10 years. I also love drawing and graphic design. I am co-founder of www.latinogamers.net and www.elpopkast.com.

I love macarroni and cheese.