6:04 AM on 03.18.2010 (server time)    0
I give up. Three words I never want to say with video games. "I give up."It's the admission that you suck. That goes beyond just using a guide or cheats, you're quitting a game. You're admitting that the money you paid to them for this game was a gift and it you just feel like a loser. That's the real game over. Not being able to beat a game. Not even playing it sometimes. Just getting stuck or frustrated or instantly hating a game and never returning. The classic story of giving up. 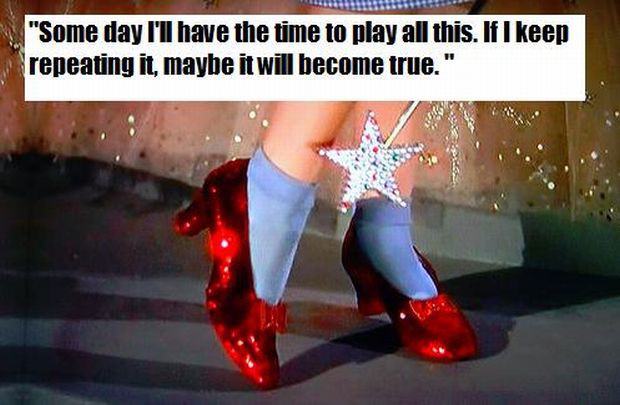 I know what you're thinking! Mewtwo to tells me these things. What about games like Katamari or Galaga that don't have endings? Well obviously you can quit at any time there. That's not the point of those games. What I'm focusing on, and what I own most of, are RPGs. Something about leveling up and becoming powerful does it for me. I know most action games do that too these days, but its not the same. I have to grind with random battles and explore around somewhere. Talking and fighting monsters who get progressively stronger. Disgaea and its cousins are wonderful for that. I could just level in those games and never worry about even playing the main story. But that's a whole other blog post.

I actually found this post in an unpublished folder. I felt bad about not writing anything, so I touched it up a bit and here you go! I wanted to post Budd Dwyer's suicide, but in a wacky techno remix. I guess people on you tube don't think someone killing himself is rife for satirical techno remix. So instead, I'll give you this!


#Commentary    #Community
Login to vote this up!