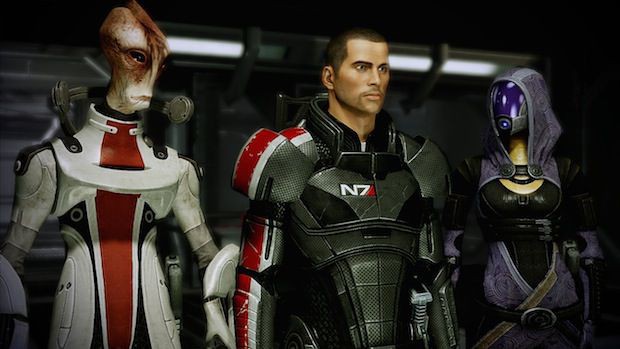 Did you import your original save from Mass Effect into the sequel? If you did, there are over 700 unique player choices and plot points carried over! Holy smokes!

Armando Troisi, Bioware lead cinematic designer, during a GDC speech showed a scene near a hologram display that played a trailer for a movie based on the first game. This alone had two choices change it, based on gender and the council ending choice. This means that four separate things in Mass Effect 2 were changed from those choices just for this scene. This scene wasn't even a big thing either! How did they ever make a game dependent on so many variables!

The third game still looming and keeping the import character feature, I know I am looking forward to seeing what they do with all the choices from two games!

What about you Destructoid?
#Community
Login to vote this up!