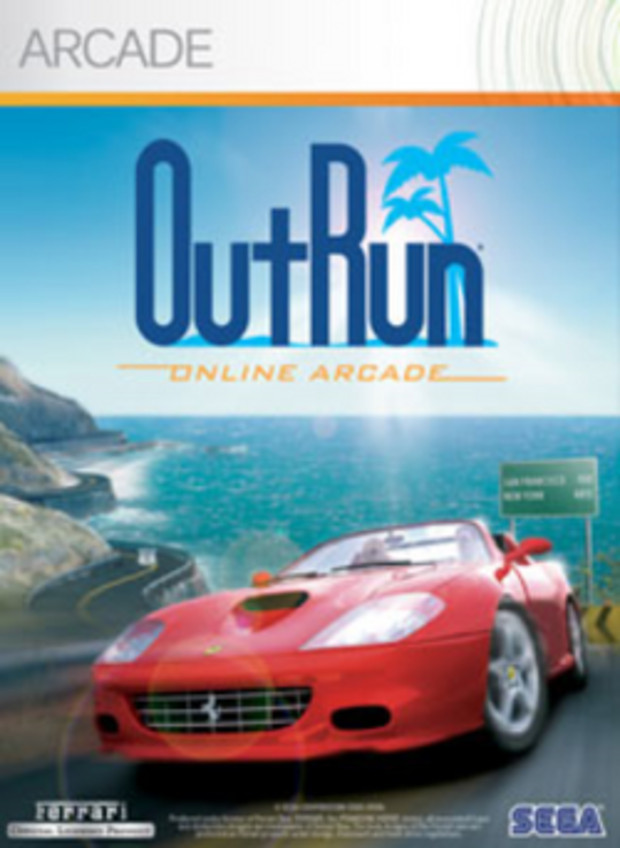 Outrun Online Arcade is actually a port of Outrun 2SP, for original xbox. The series has it's roots in the arcde, where it was a huge hit until arcades started going out of style. Since then outrun has been a favorite of many arcade gamers who continued to play in both arcades and on there xbox's. Now this classic has been reborn (i.e. ported) to xbox live arcade to let gamers who both enjoyed the original and love a good racing game experience outrun in all it's glory

Outrun is an arcade racer, pure and simple. If your looking for a feature packed simulation racer, you're looking in the wrong place (see Forza 2). There are essentially 3 single player modes:Outrun mode, heart attack mode, and time trial mode. All modes are played on the same 15 tracks, which can lead to boredom for some. Others however, will take joy in mastering the subtleties of the tracks and not be bothered by limited selection. No matter what mode your playing, you always start on the same track and progress through another 4 for a total of 5 tracks per game session. You can create different track combinations by taking either a left or right turn at the end of every track. In general, right means hard and left means easy.

Outrun mode is a pure arcade racing mode where points are all that matter. You get points mainly from slipstreaming and passing AI cars.Outrun mode is probably the most played mode, followed by my favorite.

Heart attack mode has you taking on a bossy passenger who makes demands every step of the way down tracks. They vary from drift more and dont crash, to catch the stars and hit the ghosts (Yeah...) This mode is a personal favorite.

Time attack is exactly as the name implies, a time attack mode. You race on empty courses against a ghost car to get the best time. It's as simple as that.

If your looking for easy achievements then look somewhere else. This games achievements require a level of skill most players wont achieve. It's important to remeber that this is an arcade game, meaning it's REALLY HARD. If this is the first time you play it, you probably wont even finish the race. It takes practice to excel at this game, but once you know the ropes, you'll have a blast drifting around your rivals and making your naggy backseat driver smile with glee and compliment you(AWESOME!!!)