7:18 AM on 02.18.2010 (server time)    0
Early last year, we had a little game where we each listed off ten things about ourselves. It's that time of year once again, so I thought I would open up once more. Except this time take it seriously and really open up about who Joshua Hayes is as a person, a gamer, and a blogger. I put a lot of effort into my post this year, and I hope you all do too. This counts as my apology for not attending PAX or any NARPS, its not that I don't want to meet anyone I'm just a lone wolf. Sorry. But I do like hanging out here with you guys. Occasionally being in the chat, showing up on our forums, writing user blog content, I just like this place. It's home. 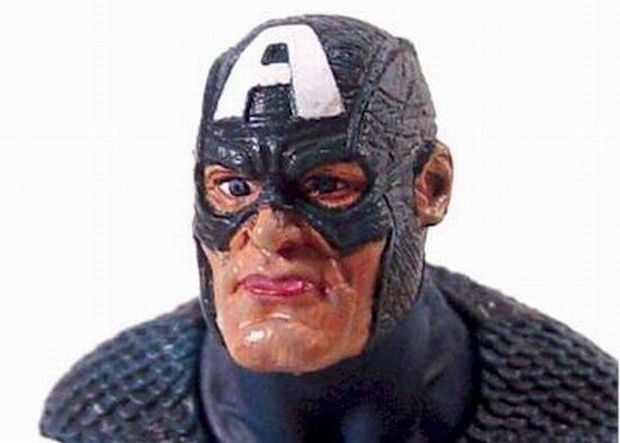 Colette Benette is a saint. I mean that. Not only was she forthcoming with a very awkward facebook message about Retroforce GO, but she also put me on Tomopop as a weekend intern. I don't get paid. And I've had to do several revisions of everything I've wrote, but I feel like I've learned so much in the last two weeks about blogging. For example, if I mention the movie Shindlers List, it should be italicized. I didn't know that two weeks ago. I still forget to do that when I, wait why did I think of Shindler's List as my example? That's nuts!

I don't feel like I'm "in' yet. I feel like I've a foot in the door looking in. I've poured every bit of free time I can into blogging for Tomopop. Right now I feel like I'm cheating on Tomopop writing to you guys. So far I've published a couple articles and written several yet to publish. I feel so amazingly good about this, despite being half crazy. I keep inserting subtle jokes in over and over. The phrase "Holy Smokes." Motorcycle toys. And plenty more you'll have to read Tomopop to find out.

My favorite part about all this is learning about blogging. Since I'm an "intern," I'm taking this as a learning experience. I try to write as serious and professionally as possible, but I try to realize I'm writing mostly poop jokes. I feel unconfident, I invent words, in writing news articles. Even here on my cblog, I feel uncomfortable doing that. Seeing how the tips line works and how things are ran is somewhat jarring. Also, I want to point out that when you mess something up and a person is there to tell you whats wrong, it feels so much nicer than an e-mail. Nothing is as soul crushing, except number on my list below, as hearing back that something you worked on sucks. I've yet to really get the "this sucks completely" e-mail, but I've been yelled at through e-mails several times. Really long blog posts aren't appreciated, until you guys read them that is. I know you guys all like when I write long stuff. So yeah, it's a learning experience.

Haven't you noticed a new level of polish to my user blog in the last week?

1) Someone close to me was murdered. No, I'm not joking.

I don't want to talk about it or like to talk about it. Who would honestly? A lot of my video game memories are related to this person, and I just get all teary eyed or angry when I think about it. For example, Super Mario World. I can't talk about it without remembering going over to his house, drinking strawberry milk, and playing that Super Nintnedo with them. More so than that, this person owned an arcade. I was there every day I could be. It was like heaven. I played Altered Beast and Street Fighter 2, Primal Rage, and so many other games.

It's been over ten years now and I'm something of an adult now. I write for a toy blog. I work for a grocery store. I own a weenie dog. I have a girlfriend. Things are getting into that grown up territory and its time to let go of past grievances and move on. Yeah sure, it's great to think about people who aren't around anymore, but their gone and we're all still here. I would never have become the shut in I am without this happening. Maybe not. I had a lot of other things contribute to my solitary nature. I had a surgary when I was in fourth grade that ended my physical activity in school. Ironically, I work a physical labor job now when I'm not here. A few other people close to me passed away. I had an uncle died when I was very young that effected me. An aunt I was close to, almost like my second mother, passed away in 2008. And Chris Farley's death, believe it not, really affected me. I had what doctors call a little bit of a weight problem as a kid, and so this guy being hilarious was like a beacon of hope. And then he died with a whore doing drugs, all alone. She took photos of his body and sold them. That hit me hard. So when you hear me say I don't drink and don't do anything of that sort, that's why. Everything has a cause and effect, you know? Maybe me opening up will encourage you guys to open up. I feel a lot better talking about this stuff.

Now that's all over with. That was just over eleven years ago that that happened. Every year I get a little older, and I never forget my cousin. No not becuase of the video games you jerks! Becuase of how great a person they were and what they meant to me, they might not have been my big brother, but it always felt like it. Sort of an important thing to open up about with people you don't really know.

I really love Destructoid and what it means to me. Acceptance. A place to be. Home. I love Japantor and Tomopop too. I love all you guys. Thanks for making me feel like I belong somewhere. Even if it is on the internet. I know I'm not the only person who feels this way. So thanks guys. I sure hope you guys reveal embarrassing and personal secrets too! Doesn't matter if you do jokey posts like last year or don't post at all. I don't care. I just wanted to open up about some personal things and make a few jokes.

Thanks for reading!
#AboutDestructoid    #Community
Login to vote this up!