My Expertise: randombullseye plays everything - A Novella 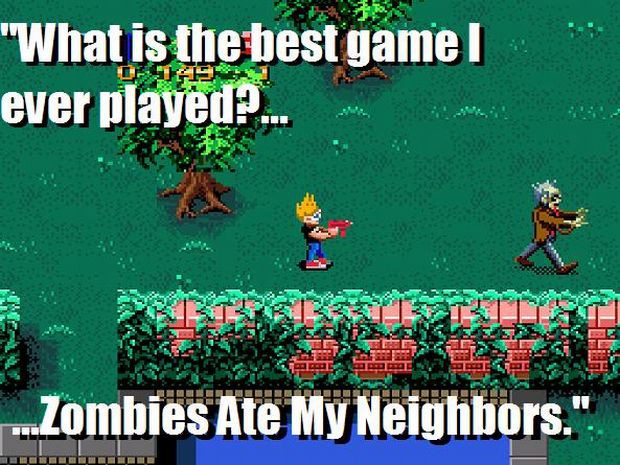 I dare you to name an American release that I've not either played, seen, seen played, wanted to play, or passed on. I'll know something about it. Don't just test me in the comments either, try it on xbox live on the spot. I bet I'll know it. Plok? Robotrek? Phalanx? I know them all. Super Turrican 2? Of course I recall that. Come on, give me a tough one. Try me. I know of it, playsed it, seen it, or want it. Someone actually once thought they could stump me with unreleased Super Nintendo RPGS. Bahamut Lagoon? Oh of course I played it. Front Mission? Yup, 1, 2, 3, and 4. I've 5 being imported now, in Japanese. I don't read Japanese. Sieken Densitu 3? I dare any of you to spell that right first try, but yes, I have played it. A guy I worked with assumed I had no idea about it. Then when I mentioned Live a Live he was stumped. Surely, you've played Live a Live haven't you? A classic Square super nintendo RPG with a strange grid based gameplay, branching time travel storylines, and similar Saga-esqe gameplay?

No? Well you can bet randombullseye has.

Hey, tomopop is a cool site. Be sure and look for Josh Haye's posts. That's me.
#Community    #OpinionEditorial
Login to vote this up!