3:52 PM on 02.07.2010 (server time)    0
[Disclaimer: This blog does not represent the views or opinions of Enkido as he exists in a sane state and he cannot be held responsible for the content expressed in this article. For real, he takes all break tests at an unmodified leadership value, regardless of combat results. Also, cocks.]

First of all, I have to say that I am not one of those people who can pick up a game controller and pull of a three to one kill/death ratio in an FPS, I cannot five star any song on expert past the first set list in any rhythm game, and I can not do anything even remotely resembling this. That said, what could I write about for this months musing? I have yet to meet an opponent in Final Fantasy Tactics for PSP that can take on my team and I figured I could go with that, however I have only really played with my friends and a very small selection of other people through ad hoc party so I am not entirely sure. I do however have a save file with a group of 32 characters that have all achieved level 99 and have mastered every job, and that is no small feat.

This started me thinking, which is dangerous in itself, but I was able to come up with an idea. I came to the realization that there will never have a you tube video of myself absolutely dominating a game of Modern Warfare 2, five starring Through the Fire and the Flames on expert, or pulling off a comeback the likes of which one will find online. Instead, I fluctuate between above average and embarrassment in FPS games, usually managing to scrape by with a positive kill/death, when I play guitar hero it is on normal difficulty, and lets just say I would bet money against myself in any Street Fighter game. I say so what. I may not have a youtube video, but I have amassed a collection of accolades that would make casual gamers swoon and cause even hardcore gamers to hold their manhood cheap. When I decide to do something, come hell or high water, it will be done, and the heavens themselves will be helpless to prevent it. 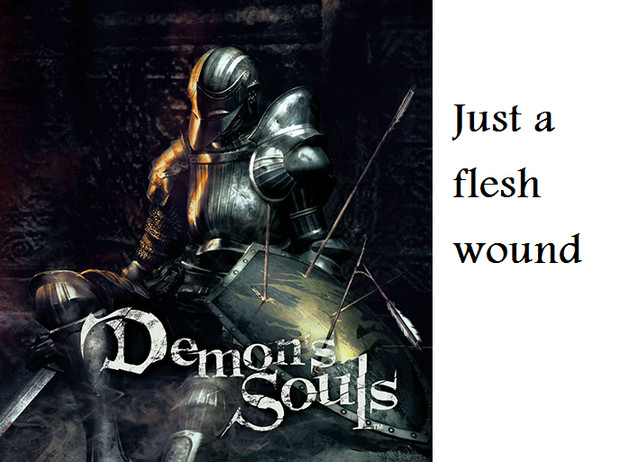 My most recent project is Final Fantasy XIII... in Japanese. For those of you who have read my bio you would know that I own and have completed every main series FF games as well as most of the spin offs 100%. For me however, FFXIII presents a new challenge to fight for. We all know courtesy of Mr.Nort's article, that it is one of the most difficult FF games yet and I agree. What I don't agree with is its placement in the "didn't like" article. Being stubborn means that the greater the challenge the more I enjoy it, and in FFXIII's case there is a special kind of difficult. I can't read Japanese. I can understand the spoken language well enough but not the written. There is a trophy in the game for having every accessory and weapon in the game, at some point during the game. In order to get this trophy I have to memorize the symbols for every weapon and accessory, figure out which ones I have, which ones I don't what items I need to break down and synthesize, which of those items I have and don't have and remember which items I have already gotten and may have broken down into components already. ALL IN JAPANESE. I am stubborn and this is going to be fun...

I believe that that is enough of a taste of my stubbornness for now. I have other horror stories as well but those can wait for later. So now, before you come to me and brag that you have a video on you tube of you dropping a nuke in Modern Warfare 2 or that you can speed run a game like no ones business, ask yourself, can you grind in an RPG for six hours to fight a boss? Can you repeatedly die and resist the urge to not only restrain yourself from throwing a controller through a wall, but continue to play that game despite the constant defeat? I can and I have, and that is why my area of expertise is stubbornness. If you think you can do this better than I can I will respectfully disagree and prove you wrong, no matter how long it takes. That is not a statement, it is a fact and I am stubborn.
#Community    #OpinionEditorial
Login to vote this up!