1:29 AM on 12.31.2009 (server time)    0
[Disclaimer: This blog does not represent the views or opinions of Enkido as he exists in a sane state and he cannot be held responsible for the content expressed in this article. He doesn't sleep much. Also, Cocks.]

O.K. So I am still new here, but I am relatively sure that this is the right place to go with regards to expressing ones opinion. That said, this articleby Mr.Dale North (look at me already name dropping) has brought up a criticism that I have seen perpetuated on several sights, including here, and that is the linearity of Final Fantasy XIII. Now, I want to be able to make sweet love to FF, but that does not mean that I am blind to some of its issues. In this blog I will discuss why I believe that this is not the real issue of the game. For this blog I'm going to restrain myself and try to stick with some of the better known titles in the series, mainly VI, VII, VIII, and X to illustrate my points.

I am still early in FFXIII for a number of reasons, the biggest being a complete lack of understanding regarding the Japanese language, a job, and girl problems, which have all slowed my pace to that of snail crap, and so I have not gotten to the part where things begin to open up. 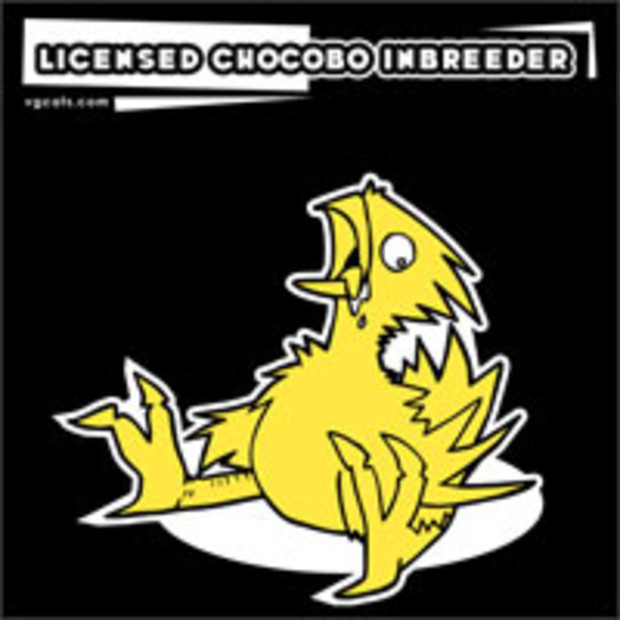 (courtesy of VGcats)
There is a reason they are end game items, they would devastate anything that got in your way until you got to the point where you were supposed to get it. You may be able to explore and find these things but you can't make use of them until you are far enough along, which entails a path to the next town. As I said this is not just FF but all RPG's. Look at the best weapons you can find in any RPG and tell me this doesn't hold true, no matter how open the world.

This is why I am not very concerned with linearity in the first parts of XIII, it is quickly and effectively moving the story along until the player can branch out and go after some of those items later in the game. In all honesty, XIII reminds me most of the story progression in X, the only real difference being that you could screw around in a town if you want in X whereas XIII keeps you moving. If I were to guess I would say that these restrictions were born out of the transition from almost top down world view camera that every FF before X had, to the 3rd person follow camera that all the later games used. When I look at the games I see this as a natural progression as the story gets more complex and fast paced. I have made it to the point where the game opens up but I have seen it and it looks reminiscent of the larger areas in X, memories which I am fairly fond of. Hoping for the best.

Wow that was long, but I'm done now. My insomnia decided that I wasn't going to sleep last night so I decided to finish this, the last half of The Idiot by Dostoyevsky, and my blogs for the next month, including the yet to be announced Theme of the Month, and all future news stories. Say what you want about insomnia but it is efficient. Yeah, I'm crazy, what of it. You'll eventually learn to accept it, eventually grow used to it, and let your guard down. And when you do I'll be there... by the way does this rag smell like chloroform to you? Too soon.... Oh well. Anyone wanna talk about the Beatles, I basically have every sound they have ever made. Except there was this one time when Ringo dropped a drum stick on the floor while I was changing the batteries in my recorde-
*bound and gagged and thrown in the back of a black van with dark tinted windows*
#Community
Login to vote this up!