5:58 AM on 02.03.2009 (server time)    0
The meme was too powerful for me. After finding out a lot of interesting things about the D/Toid crew, I now step into the ring. There are more facts about myself that I could divulge, but I wonÆt list them for various reasons.

1. This picture is me, and my name is Daniel. Now, it may look like I have a strawberry surgically-attached to my hooter, but that is because I was born like that. I seem to have inherited my fatherÆs mottled nose, which I admit to being the only section of my face I donÆt like. Most of my body seems to contain my motherÆs genes, which has its pros and cons. I donÆt bother to comb my curly hair (which doesnÆt seem to tangle often as it used to), and I donÆt overdo personal hygiene. If the body is a temple, then mineÆs actually in pretty good nick.

2. I have double-jointed legs. People have remarked that whenever I sit down and cross my legs, ōthat is weird what you do with your legsö. I never really thought much of it, and I donÆt really think I have much of an advantage, other than surprising people when I sit on the floor.

3. I am a warehouse worker. I used to think I was into a computing-style job with my love of videogames, and ended up working in administration. Blessed with the ability to touch-type but cursed with the behavioural symptoms of OCD, I found the going tough. I wasnÆt keen on picking up phones, and I would occasionally burst into tears if the going got too tough.

A mistake in my job-seeking led me to take a temporary position as a warehouse worker, and although I look back with some regret at certain decisions I made, I managed to get the job I feel happiest at. I now work at a major supermarket-chain, the people are great and I have a secure post in these troubled times that pays the bills and funds my videogame habit. Like Genesis sang, æI know what I want, and I love what I doÆ.

4. My interest in anime was stoked by Mysterious Cities of Gold. America and Germany have their televisions piping with anime, but here in Britain, we are lucky just to get drip-fed it. Nowadays, we have our Yu-Gi-OhÆs and Pokemon, but pre-Pokemon, you needed satellite to get a chance of a daily dose. Back in the 80Æs, anime or anything approaching it was virtually non-existent. That was until we got a æholy-trinityÆ of cartoons that left a huge imprint on my mindģ Belle and Sebastian (a live-action version existed, but I only knew the animated version), Ulysses 31 and Mysterious Cities of Gold. I canÆt say for sure that these were anime, but they had a similar style. I already have Ulysses on DVD, and I may get Cities of Gold soon. Cities of Gold in particular had a big part of my heart, for the giant flying golden eagle has been etched into memory as the greatest thing I ever seen on television.

5. Evangelion means a lot to me personally. Now before you all facepalm, going ōoh crap, not Shinji Ikariö, IÆd like you to know that I actually not so much like the character, but empathise with him. I was very introverted and got teased at school, leaving me very much using the world of videogames as an outlet. I had a decent collection of anime on VHS, and then came across the first volume of Neon Genesis Evangelion in the bargain bin of (the now online-only) Woolworths.

After watching the series, I was befuddled by the ending, but still happy. Others who watched the series and the movies, however, were a little unhappy, especially at the negativity of Shinji. However, after looking at articles in Manga Mania, as well as taking the End of Evangelion and Gurren Lagann into account, I started to understand what the director was trying to do with Shinji. He was not trying to make the character likeable, but to present him as a warning about what happens if we donÆt take measures to sort out his kind of passive/self-destructive behaviour. Whilst I have meandered about in my own downcast way, I have managed to get help with my problems and have a better outlook on life. For me, I really wanted Shinji to succeed, because I saw elements of myself in him. 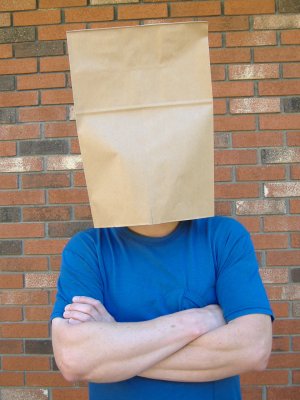 6. IÆd like to cosplay, but I am very lazy and shy. Yup, thatÆs right, I wouldnÆt mind having a go. Ever since I had the realisation that I might have the personality of an otaku, IÆve been very keen not to admit it in front of people. Despite being able to dress up as a highwayman about twice, IÆm not really able to bother stitching/hunting down specialist clothing or going to æcons. Make of that what you will.

7. I am a very late developer. I learnt to ride a push-bike without the stabilisers, but my older brother must have learnt quicker than me. I bought my first music album about fourteen or fifteen. My first movie I ever saw at the cinema was X-Men (I am now 27, so I must have been 18+!). I guess courage and social skills werenÆt my strong point. I also think the desire to learn was teased out of me tooģ 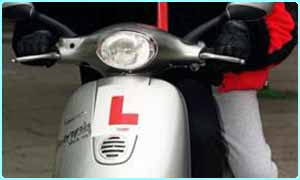 8. I only have my theory and practical test before I am able to loose the æLÆ plates on the motorbike. My lodger pestered me to learn to ride or drive, so I managed to pass a CBT and get close to being able to ride the motorways in freedom. Go me!

10. I like entering competitions, and have won an original X-Box I managed to practise a lot on Midtown Madness 3 since I was trying to enter the running for the IGUK competition, but I couldnÆt enter for some reason. Within a few months, I went to a games show event in LondonÆs Shepherds Bush, and lo and behold, a Midtown Madness 3 competition was taking place. Aside from a scare in the second heat where I had my bus (!) caught on a concrete barrier, I managed to win the top prize without many problems.

So, thatÆs the more private facts of myself in a nutshell. Just to let you know, I've also spotted the Guiness Book of World Records Gamers Edition 2009 will be released this week. I'm hoping to own a copy.

Batthink out.
#Community
Login to vote this up!