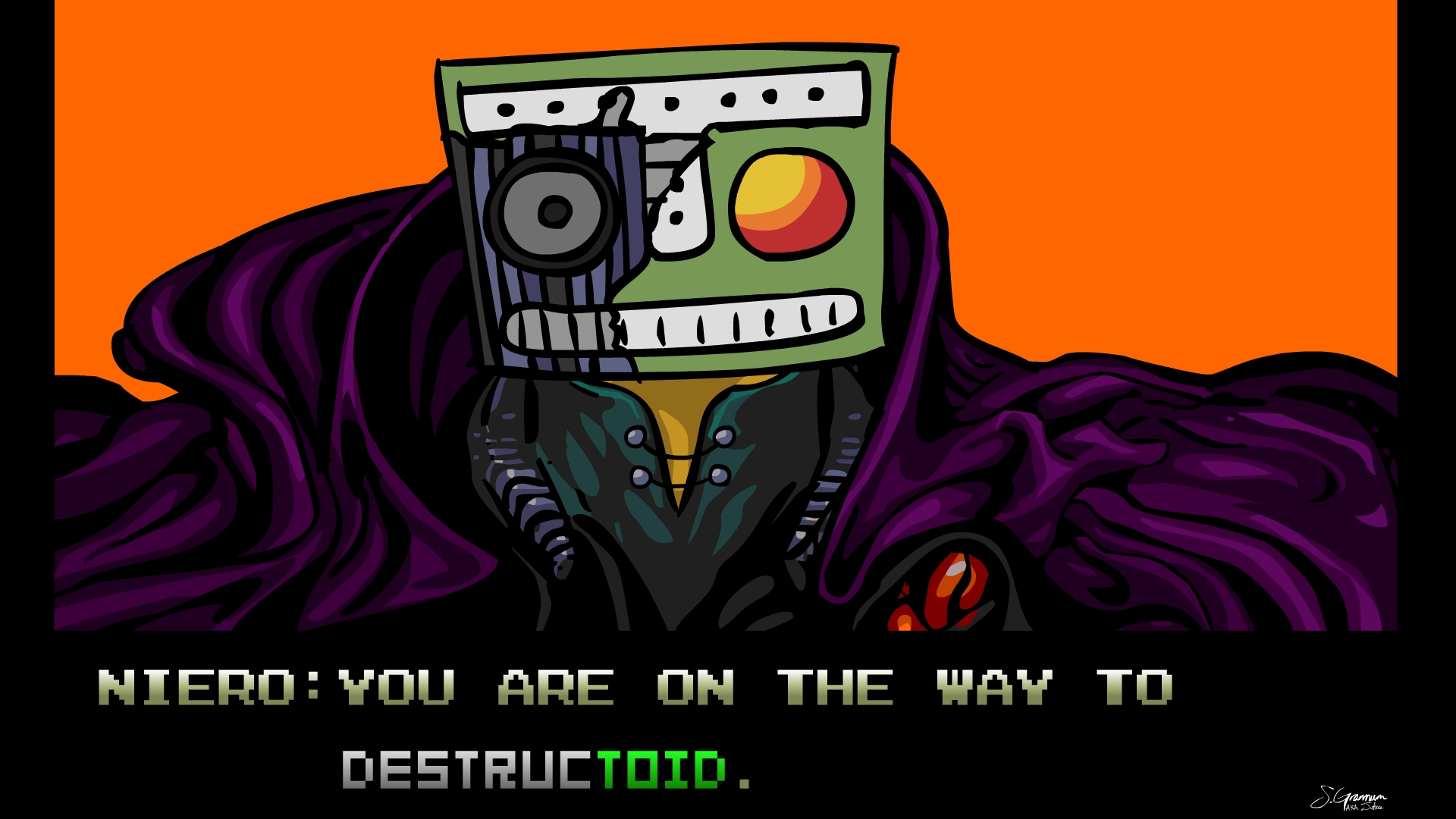 here, a Dragonball Z type drawing, a random piece and a random animation of the smoking robot walking.

Even a Mario Kart DS logo:

Some random shoop about Chad:

Recently my skills have improved and I’ve done more serious things for my assignments at uni, such as an artefact teaching kids about sexual health (including a guest spot by PaRappa the Rapper here, an artefact about the awesomeness of Japan (including playable Koto) here and an artefact mixing the lives of Max Ernst, a dada artist and Dr Frankenstein from the book here.


π. Hopefully this week I've be starting a weekly blog about great Flash games because I love them so much. Ever since Sheir's Sunday Sidequests stopped there hasn't really been anything similar.


3.5. I also have a deep passion for music. I play piano, recorder, drums and beatbox (with a harmonica sometimes!). I'm also learning bass guitar. I also produce music using Logic Pro when I get a chance and enjoy music of all genres as long as it has a good beat. The first game soundtrack I bought was the Street Fighter 3 soundtrack, but before that I got the Yoshi's Story and Smash Bros. Melee soundtracks for free from Nintendo Official Magazine.


4. I’ve never smoked anything in my life and first drank alcohol in May 2008 at age 19. First it was because of religion but as I grew up I felt both were unnecessary, especially smoking because it harms straight away. I drink every now and then (The Ghost and AnusMcPhanus have seen the only time I got drunk haha!) but it’s not something I feel compelled to do.


5. Destructoid has been awesome to me. I’ve won a lot of stuff here including 800MP from Koopa13 and Rainbow Six Vegas 2 and a RSV2 shirt + faceplate from McSnow:

A Civilisation Revolution faceplate, poster signed by Sid Meier plus the money to buy the game!

Some E3 swag including iPod speakers, stickers, a Tatuaje baseball cap and a 2K belt buckle:

Heck Destructoid has even given me the chance to go to gaming events I would have no change of getting into if I wasn’t part of Dtoid.


6. My favourite game of all time is Ocarina of Time. I’m also pretty sure it’s the only game has ever made me cry, and that was at the ending. I remember going to Poland and bringing my game and memory/rumble pack with me so I could finish. WHAT a game. Seriously, the memories are just too much.

There’s still a whole bunch of places that I haven’t been that I want to see though including:
• Italy (Venice is particular)
• New York
• South America (Guyana in particular)
• Africa

My favourite place that I’ve been to abroad is most definitely Japan. I turned 13 there and a few months before I went I got into DragonBall Z and anime so going there definitely made me excited. However, not only did I fall in love with the anime aspect when I went there, I fell in love with the culture, having stayed in mountain areas, cities and people’s homes I was just taken away with the awesomeness of Japan.


8. When I was a kid, I wanted to be an astronomer. I know it’s not the typical policeman or fireman, but dammit I love the sky and the stars that dwell within it. I don’t know what it is, but something about the stars fascinates me, every time I’m coming back from a club at 2AM or I’m just out in the early morning I always look up and just gaze are their beauty for a minute or two.


9. In Year 5 (when I was 10) I played Romeo in the school production of Romeo & Juliet. I signed up to play Mercutio but the guy playing Romeo was messing around so they booted him out and asked me to play Romeo. I was so nervous playing Romeo on the first night when each song came on that I was meant to sing, I skipped the first line and sang from the second line.


10. Additional facts you may not know:

-1. I wholeheartedly think that Super Mario Galaxy is one of the greatest Mario games ever, placing number 1 on my list with Super Mario World and Super Mario 64. Super Mario 3 is slightly behind those three.

-2. I’m saving my virginity till marriage, or at least trying to. Like drinking and smoking, it was originally because of religion, but as I grew up it became a personal choice. Random to have on here but since I’m talking about myself (which I hardly do) I figured I’d go all out.

-3. I’m sort of a closed book and I enjoy learning about people. Rather than talk about myself I’d much rather listen to other people talk and learn about them. I don’t know why, but learning why people do certain things that they do and things about people is just fascinating to me.

-4. I’m mixed race, and my heritage actually derives from more than 5 countries, including England, Guyana, Holland, Trinidad & Tobago, Scotland and way far up China and Israel!

0. I love this website and the community. 4SRS. Before this website I used to frequent Kotaku and Joystiq often, but after Kotaku linked to here and I signed up, this has been my main gaming site and is probably my main site in general. I refresh the main page a few times every day just to see what new blogs and cblogs there are.

The community here is so awesome, and the fact that the community has so many areas like the forums, the cblogs and IRC where everyone is welcome, because we’re all still part of the main tree Destructoid is great.

Meeting up with fellow members is always a great time, even at crappy events like the Play.com event last year, meeting fellow Dtoiders made the event awesome. My Destructoid new years resolution is to definitely be more active. Also thanks for the idea SilverDragon, I’m enjoying reading 10 things about everyone! If you haven’t blogged about 10 things do it now!

:D
#Community
Login to vote this up!